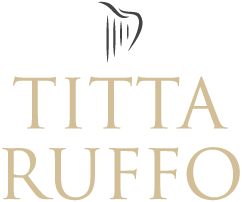 Titta Ruffo carefully studied each role he played and Giovanni Bore noted in this regard: “He would refer to the paintings of the maestri to capture the right facial expressions, commission his costumes with absolute historical accuracy, study the make-up, the behavior and leaving nothing out”.

It’s significant that, in order to bring the interpretation of a character to life, he’d consider the opera script as a guideline and would always go back to the original text.

A collection of over 40 restored costumes, tailored between 1898 and 1931, are displayed on rotation at Teatro Verdi of Pisa, Titta Ruffo Fund, along with all their accessories (capes, wigs, jewelry, cold steel).

This website uses cookies to improve your experience while you navigate through the website. Out of these, the cookies that are categorized as necessary are stored on your browser as they are essential for the working of basic functionalities of the website. We also use third-party cookies that help us analyze and understand how you use this website. These cookies will be stored in your browser only with your consent. You also have the option to opt-out of these cookies. But opting out of some of these cookies may affect your browsing experience.
Necessary Always Enabled

Any cookies that may not be particularly necessary for the website to function and is used specifically to collect user personal data via analytics, ads, other embedded contents are termed as non-necessary cookies. It is mandatory to procure user consent prior to running these cookies on your website.